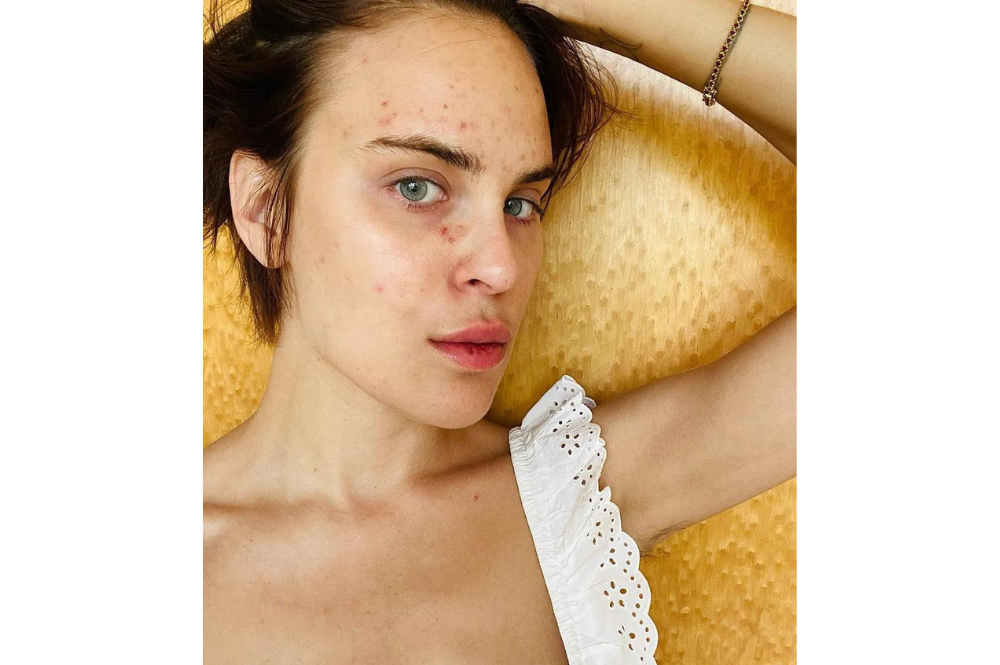 Here's One Secret Even Vogue Doesn't Know About Skin-Picking Disorder

Vogue Magazine recently ran an article about Skin-Picking Disorder, or Dermatillomania. The author, Lauren Valenti did a great job explaining it. She obviously did her homework, interviewed experts, and has some really helpful information for you. So we’ve curated it here. Thanks Lauren!

One secret Lauren didn’t include is a little something we want you to know about, and that is the Fix Collection from our beautiful brand partner, Carter + Jane. 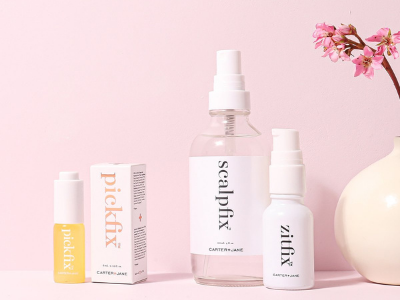 Susan Carter and Sarah Jane (and me!) really understand this disorder, since we all have it. And we’ve all been told, as Lauren discusses, to “just stop picking!”.

But it’s not that easy. That’s why it’s a disorder, right? I’ve been picking and biting my cuticles since I was little. My parents tried everything - tabasco, bitters, band-aids, slapping, grounding - they were at their wits end, I’m sure.

Then came puberty and with it, acne. Yep, I got called all the names - pizza face, zit-face, pimple popper - it’s painful just to think of it. Really does a number on your self-esteem, too.

And I could NOT STOP PICKING. My mom says I would invent them just to pick. But it’s kinda true - I couldn’t stand any imperfection in my skin, and felt like I needed to dig it out.

Fingernails are not the most sterile instrument though, so of course I ended up making everything worse. 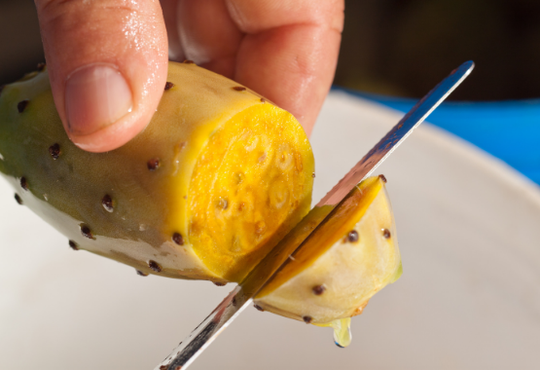 Thank goodness, Carter + Jane happened to have found an incredible ingredient for skin - prickly pear seed oil. It’s one of the best ingredients to ever grace this face, or any face. It’s great for all skin types, all ages, all genders, and it’s great for clearing acne.

But as we get older, those hormonal breakouts will still, well, break out. And then Susan and Sarah couldn’t help themselves.

So they thought about what The Everything Oil could do, and decided to add some extra healing ingredients to it, like Bulgarian Lavender, Roman Chamomile, Tea Tree, Eucalyptus, and Pomegranate Seed Oil. Voila! PickFix™ was born.

And soon after, the rest of the Fix Collection followed.

"I initially made Pickfix™ just for me. As a lifetime skin picker I was alway told just stop picking...and we all know it's not that easy. After experiencing such amazing results myself, I knew we had to make it available to others facing the same challenges."

One note before we dive in. We agree completely with Dr. Evan Rieder (quoted in Vogue’s article below). Personal behavioral therapy is the only way to really cure skin picking. But personally, I have found that by using PickFix or ScalpFix or ZitFix when I get the urge to pick, and really kind of mashing it into my skin, I satisfy the picking urge, and help my skin to heal at the same time.

GET 10% OFF THE FIX COLLECTION

So here is Vogue’s article:

Why We Need to Talk More About Skin-Picking Disorder

"Hello again—here we are scabby and red," wrote Tallulah Willis in the caption of a recent bare-faced selfie on Instagram. She continued, "Feeling out of control so zeroing in on something I CAN control, thus fingernails met face, facialist and dermatologist sighed, and the healing process commenced."

It's not the first time illustrator, fashion designer, and mental health advocate Willis has gotten candid about her battle with skin-picking disorder, also known as excoriation disorder or dermatillomania, which is a mental illness related to obsessive-compulsive disorder (OCD) that consists of repetitively picking at one's own skin. But her willingness to speak publicly about the struggles of living with skin-picking disorder, which affects as many as 1 in 20 people according to the International OCD Foundation and is experienced by women more often than men, continues to be invaluable in raising awareness and lessening stigmas around it.

Given the impact that the global pandemic has had on mental health, it's a fitting time to delve deeper into what skin-picking disorder is, how it manifests physically and mentally, and what can be done to treat it. Here, three different experts weigh in.

What is skin-picking disorder?

"We all pick at our skin on occasion, but for individuals with skin-picking disorder, it can be very difficult to stop," explains Lisa Zakhary, M.D., Ph.D., the medical director of the Massachusetts General Hospital (MGH) Center for OCD and Related Disorders (CORD) and co-founder of the MGH Comprehensive Skin Management Clinic. According to Zakhary, skin-picking disorder is characterized by recurrent picking, repeated attempts to stop picking, and consequential distress or impairment. The most common sites of picking include the face, back, arms, legs, hands, and feet, and people most typically use their fingernails. Psychologist Dr. Jenny Yip, founder of the Renewed Freedom Center, underlines that skin-picking disorder is a body-focused repetitive behavior (BFRB), which includes related disorders such as nail-biting, picking at lips, and trichotillomania. While under the Diagnostic and Statistical Manual of Mental Disorders, Fifth Edition (DSM-5), body-focused repetitive behavior are categorized as part of obsessive-compulsive-related disorders, and there are some similarities, they are not completely the same.

What are the physical symptoms of skin-picking disorder?

From a dermatological perspective, a tell-tale sign is numerous secondary lesions of the skin, such as scratches, erosions, ulcers, and scabs, without the presence of primary skin disease. "Chronic skin picking can lead to an endless cycle of itching/scratching, skin breakdown and infection, and many aesthetic stigmata, including hyperpigmentation, reactive skin thickening, and picker’s nodules," explains NYU Langone dermatologist Evan Rieder. In many instances, those who suffer from skin-picking disorder tend to pick at any imperfections that feel very tactile and visual. "If they see something that looks imperfect, like bumps on the skin, for example, they will have an urge to pick at it," explains Yip. "It's a similar feeling as to when you have a scab that's ready to fall off, and you have an intense urge to get rid of it. Then magnify that urge by a hundred—that's what it feels like to have skin-picking disorder."

What are the mental symptoms of skin-picking disorder?

In spreading awareness of skin-picking disorder, Zakhary seeks to address the common misperception that it's relatively mild or, as she puts it, is "no worse than any other bad habit like looking at a screen right before bed." In addition to the severe physical consequences, many who suffer from skin-picking disorder avoid certain social situations for fear that their skin picking will be discovered. "This can impact home and work life and lead to depression and anxiety," says Zakhary.

Shame and guilt are also part of the psychology of battling a skin-picking disorder, stresses Yip. "People who have skin picking disorder do not enjoy picking their skin—often, they'll have tried to stop without success in the past," she explains. "Therefore, when it does happen and it reaches a point of bleeding, there's a lot of embarrassment, shame, and guilt. It becomes a vicious cycle because if you're feeling shame, embarrassment, and guilt, you're going to feel distressed by it, which is a trigger for skin picking. So then you become more stressed, and your go-to response to dealing with stress is picking."

How might lockdown be impacting those who suffer from skin-picking disorder?

"The two main triggers of picking are either when a person is bored and underwhelmed, or a person is distressed and overwhelmed," explains Yip. "The pandemic posed as the perfect space for those two things. You're stressed about the pandemic, all of these regulations, and people dying around you, but you don't have anything to focus on because everyone was in quarantine." In tandem, Rieder has seen how the increase in screen usage and Zoom has had adverse effects on patients’ self-image. "I have been seeing an uptick in people scrutinizing the details of their skin, much of which is due to an over-reliance on social media and video conferencing," explains Rieder. "Some of that behavior is paired with skin picking and manipulation to try to improve slight or perceived imperfections in the skin."

What are the best ways to treat skin-picking disorder?

While skin picking is typically a chronic condition with occasional flares, dermatologic treatments, therapy, and medications can help—but different patients will need different support. "Understanding one’s triggers for picking can help guide which treatment to pursue," explains Zakhary. "For example, individuals whose picking is triggered by a skin condition such as acne may benefit from a dermatologic consultation. However, if picking is triggered by sadness, anger, anxiety, or more of a general urge, consultation with a mental health professional is recommended."

In raising awareness of the triggers behind one's picking, it's essential to identify the where, when, and how, emphasizes Yip. "Most times, when people are picking, they will say they get into a trance state," she explains. "They don't really have an awareness of how much they have picked until they're done." Once triggers have been pinpointed, most experts will recommend some form of specialized Cognitive Behavioral Therapy (CBT) "It teaches strategies to reduce picking such as stimulus control, which is modifying one’s environment to decrease the chance of picking," explains Zakhary, citing examples such as keeping fingernails short, wearing gloves when likely to pick, or distracting your hands with silly putty or fidgets. Another kind of behavioral therapy is is Habit Reversal Training (HRT), where individuals are taught to systematically replace picking urges with harmless behaviors that are incompatible with picking. "It's all in an effort to bring barriers to skin picking," explains Yip of habit reversal training, which she offers at the Renewed Freedom Center. "You could also have any type of prickly stress ball nearby to use that will give you a tactile sensation similar to skin picking. If you tend to pick when you're cooking, then you could try holding a utensil the whole time, so your hands are never free to pick." While there are no FDA-approved medications to treat SPD, Zakhary notes that there is growing evidence that suggests that selective serotonin reuptake inhibitor (SSRI) antidepressants and N-acetylcysteine (NAC), an antioxidant supplement, can be helpful.

In terms of healing the skin barrier, Rieder recommends very inert products such as petrolatum ointment and ceramide-based creams. "They are best for repairing the compromised epidermal barrier without the risk of irritant or allergic contact dermatitis," he explains. "People often want to use topicals with actives or anti-aging and lightening benefits, but those invariably lead to problems." Ultimately, it's personalized behavioral therapy that's key. "People living with skin-picking disorder need to be engaged in treatment, willing to do work at home to help themselves, and see a therapist on a regular (sometimes weekly) basis to make improvements," says Rieder. "Increased societal awareness can help people locate the appropriate providers to help to improve this chronic and difficult condition."

Susie Kuse is Passionate About Great Skin and Co-Founder of Indie Beauty Market. She has been in the spa and beauty industry since 2002. She loves to help people understand that a little daily self-care goes a long way toward great skin, health, beauty and happiness. And it’s important to keep your products safe, effective, healthy, clean, sustainable and ethical.